In this installment of These Vibes, graduate researcher in cognitive neuroscience at Princeton University, Cameron Ellis, joined us in the studio to discuss his work on mental

processing as well as consciousness. In this three part interview Cameron details his research where he images the brains of infants, and what we can learn from it. Additionally, we pick apart what “consciousness” means, from both a scientific and philosophical point of view. We discuss the varying degrees of consciousness and how this relates to the consciousness of animals, like very intelligent animals such as ravens. And we discuss how this conversation can get sticky, particularly if one begins to equate intelligence with consciousness.

Further, Cameron mentions that consciousness wasn’t really studied scientifically until the 1990s, but since then there have been important milestones. For example, doctors are now better at determining the level of consciousness of an individual with “locked-in syndrome,” when someone is aware but cannot communicate verbally due to almost complete paralysis, and they can now make the patient’s time richer even in the face of the debilitating illness.

Cameron and I discussed so much, including his path to studying neuroscience and consciousness, partially by reading the book The Origin of Consciousness in the Breakdown of the Bicameral Mind, by Julian Jaynes. I encourage you to listen.

Then, past guest and doctoral candidate in science history, Ingrid Ockert returned to the studio to review the book Making “Nature”: The History of a Scientific Journal by Melinda Baldwin. She summarizes the book which focuses on the – you guessed it – history of the famous scientific journal Nature – how it began in the late 1800s as a popular science magazine and then developed in to a rigorous peer-reviewed journal. Many topics are explored in the book such as the fractured nature of science research in the 19th century due to, among other things, language barriers, and how pay walls limit peoples access to science and who can do science. We discuss this further and mention Neil Turok’s TED talk on the subject of the African Institute for Mathematical Sciences (AIMS), due to his detailing of the skewed nature of scientific research today away from, for example, African countries. Take a look:

Later, we bring this issue to today and discussed how scientific journals contain papers with research primarily funded by taxpayers’ money, yet are behind a paywall. This was discussed towards the end of a prior interview with immunologist Gloria Tavera, last semester.

At the end of Ingrid’s review, she leaves us with some interesting open questions and a few interesting companion books for further reading:

Give it a listen. 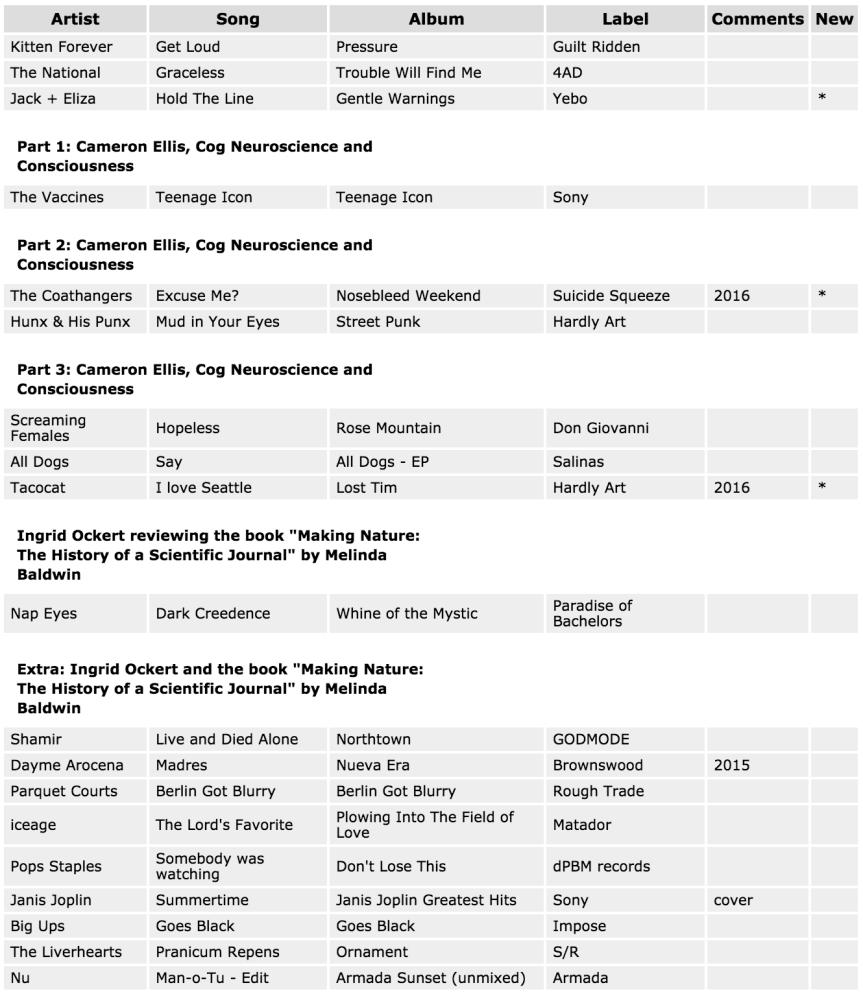