Featured image: A modern-day submarine communication system relying on satellites and buoys; such an arrangement was impossible during the torpedo crises of WWII. (Courtesy Engadget)

Welcome back to our friend and librarian Kelsey Ockert! She brings us the new historical fiction novel, “The Only Woman in the Room” by Marie Benedict, which covers famous Hollywood star Hedy Lamarr. Known for her dramatic escape from the Nazis and subsequent celebrity life, Hedy was also a crafty inventor, though she is only now being recognized for her seminal contributions. During World War II, Hedy worked with a partner, George Antheil, to improve torpedo communication systems and thus sink more German submarines. Though the technique was never deployed in the war, the tricks Hedy developed were later crucial for enabling WiFi and Bluetooth technologies, both of which rely on “frequency shifting” for transmitting encrypted signals.

Take a look at The Only Woman in the Room to get a more thorough feel for the life, times, and triumphs of Hedy Lamarr; or check out the documentary Bombshell. Thanks to Princeton Public Library and Kelsey Ockert for sharing the book review, and for enabling our book giveaway this week!

In a New Year’s special, Justin Ripley (Princeton University PhD Candidate in Physics) introduces us to 2019 in a show on calendars and alternatives to black holes. First, how do we make calendars to cope with the fact that it takes Earth a fractional number of days to orbit the sun? Justin describes how the Pope had so much to do with remaking our calendar—his concern stemmed from accuracy and the fact that Easter was slipping in the old system. Afterwards, we get into exotic compact objects, Justin’s ongoing academic research, which poses a simple question: What if there aren’t black holes? Scientists are toying with Einstein’s equations of general relativity, attempting to see what other objects might exist at dense points in space besides black holes—without succumbing to the time-bending weirdness of singularities and event horizons!

Stay tuned til the end for a teaser on how this all relates to gravitational wave astronomy!

Another featured book giveaway this week: Kelsey Ockert brings us The Wondrous Workings of Planet Earth, written and drawn by Rachel Ignotofsky. In captivating page-by-page diagrams of complex natural ecosystems, Ignotofsky illustrates the diversity of life while showing the interdependence of all organisms. See how Andean mountainscapes and underwater reefs support themselves, and what modern threats endanger each ecosystem the most.

The book was gifted to a lucky listener courtesy of the Princeton Public Library. 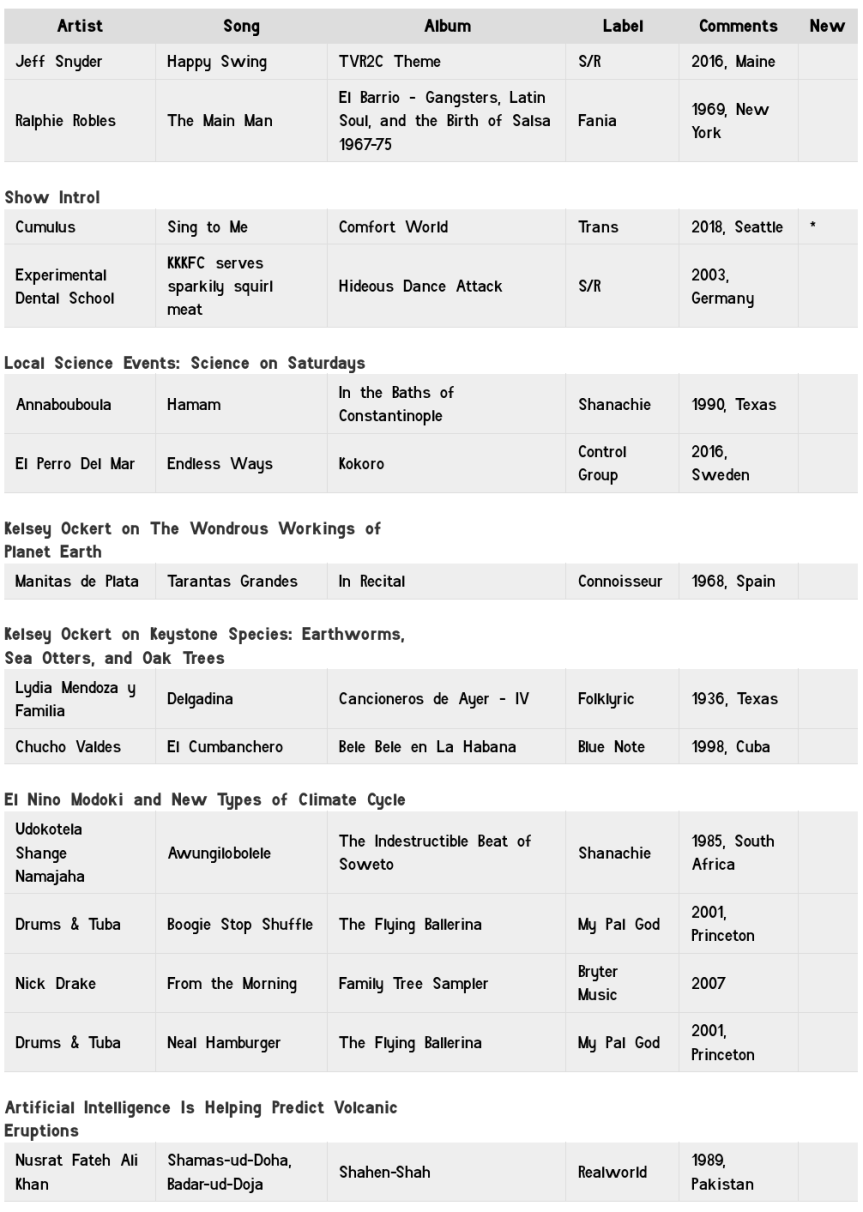 Featured image: Memories lodge themselves all across your brain, and are altered each time we remember them. (Courtesy MIT News)

On this week’s show, colleagues in the Princeton Neuroscience Institute Lili Cai and Anne Mennen dive into their research on fearful memories. We investigate where memories are physically stored in our heads, and what we can do to strengthen or weaken a memory—since for some, memories prolong the trauma of an unforgettable event. In their graduate research, Lili and Anne gather brain data from their subjects through different means: Lili in rats via direct neurosurgery, and Anne in humans with sophisticated brain imagers. Together, they test our models of memory and learn how we can manipulate what we remember for our own good.

In other news: Immediately after the clock ticked into 2019, the NASA spacecraft New Horizons flew by a foreign object, Ultima Thule, which is the furthest solid body from the sun we have studied up close. Seeing this primordial snowman tells us how small rocks built planets in the early solar system — it’s a time capsule from 4 billion years ago! 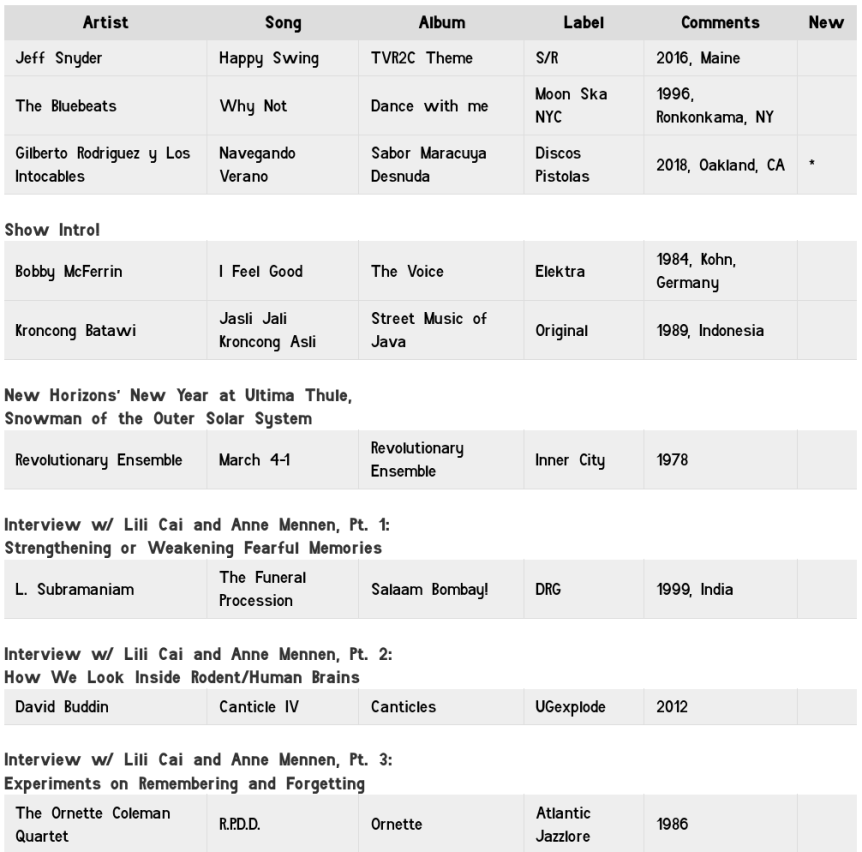 In this show, Stevie was back on the mic after a long hiatus, loading up with science news and fresh music.

Featured image: An important section of the brain, the hippocampus, looks a bit like a seahorse. The Østby sisters use this metaphor throughout their journey in neuroscience. (Courtesy Greystone Books)

Public librarian Kelsey Ockert is back with another TVR2C book giveaway! Today it’s Adventures in Memory: The Science and Secrets of Remembering and Forgetting by Hilde & Ylva Østby. Meet a cast of characters with different perspectives on how we remember, both from the science they do and the brain differences they exhibit. Neuroscientists have burrowed their way down to locating individual memories in mice brains, and can now trigger those memories by hooking up brain neurons to external inputs. This, and many other neuroscience anecdotes, come through our book review and subsequent giveaway (thanks as usual to the Princeton Public Library!).

The full playlist is available online at WPRB.com or below.