In a New Year’s special, Justin Ripley (Princeton University PhD Candidate in Physics) introduces us to 2019 in a show on calendars and alternatives to black holes. First, how do we make calendars to cope with the fact that it takes Earth a fractional number of days to orbit the sun? Justin describes how the Pope had so much to do with remaking our calendar—his concern stemmed from accuracy and the fact that Easter was slipping in the old system. Afterwards, we get into exotic compact objects, Justin’s ongoing academic research, which poses a simple question: What if there aren’t black holes? Scientists are toying with Einstein’s equations of general relativity, attempting to see what other objects might exist at dense points in space besides black holes—without succumbing to the time-bending weirdness of singularities and event horizons!

Stay tuned til the end for a teaser on how this all relates to gravitational wave astronomy! 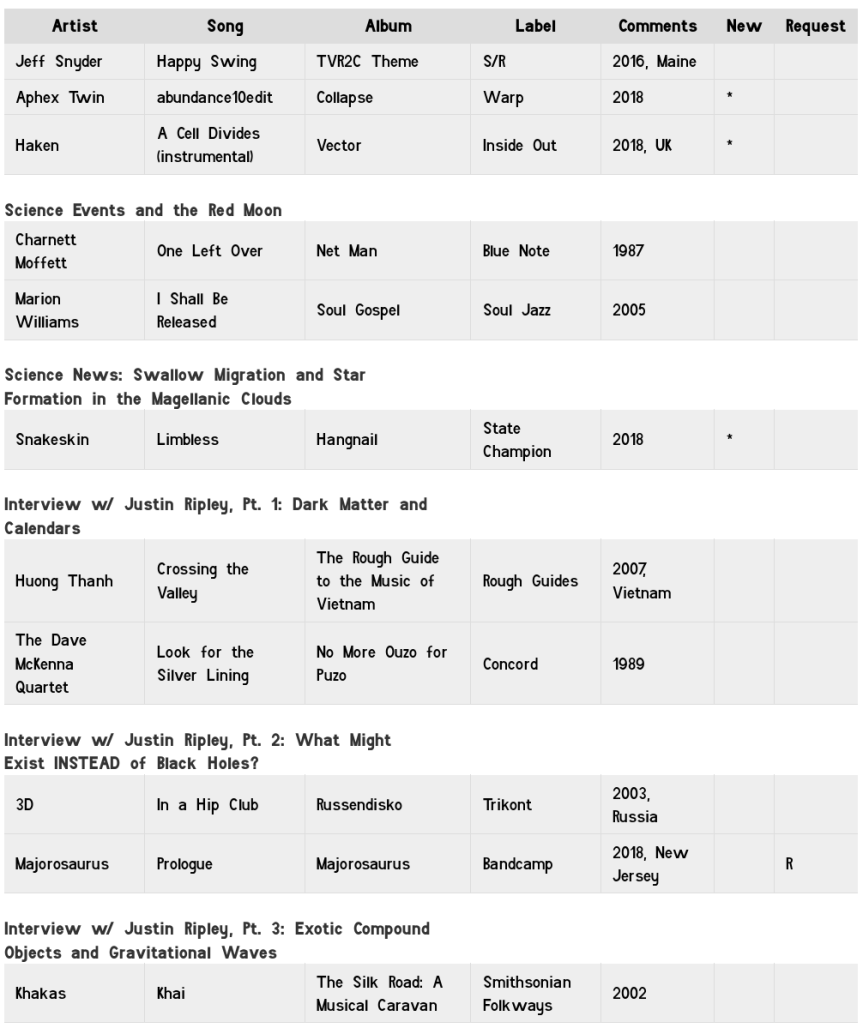