Our bodies are made up of hundreds of different types of cells, each with their own specific task. They react to all sorts of internal and internal stimuli as they go about their business. Sometimes they’re instructed to move left/right, reproduce, kill themselves, etc. If this all goes haywire (think, cancer), and oh man are there so many ways it could, it can profoundly affect our lives, or end them.

In this interview I discuss cellular decision making and biomedical engineering with Anthony Berger, PhD student at the University of Wisconsin, Madison. Tony’s work focuses on how cells respond to the structural properties of their environment – i.e. whether the tissue around them is stiff, stretchy, soft, etc. Specifically, Tony studies how tissue stiffness and fiber architecture affects the development of vasculature (blood veins) within the tissue.  To accomplish this, he designs materials that can flex to allow for changes in the rigidity of a material without changing the density of that material (a very important point in the design).

All of my designs have been based around natural materials — I generally take some sort of form of collagen (gelatin in most cases) and chemically alter it to be less flexible.  We then embedd nodules of vascular cells within the tissue and observe how the cells invade into the material and develop a system of vessels.

I liken it to an office building with people working in it.  The building is the tissue and the people are the cells doing all the work.  Drugs and chemical growth factors/hormones are like emails to the people telling them to do specific things.  Changes in different physical aspects of the tissue would be like changing certain aspects of the building — if the floors were made out of trampolines, work efficiency would probably be much different than if they were concrete.  The point is the cells are generally what do everything in your body and a lot of focus is put on them, but the physical environment, often overlooked as something that is just there, has the potential to influence a cell’s behavior.

As an example, Tony guides us through how this relates to breast cancer. Note: the stiff lump a woman may feel in her breast isn’t actually the cancer, rather an area of stiff tissue that creates a preferred environment for breast cancer to take root. Scientists aren’t sure exactly why, hence research. Take a listen!

This week, Brian Kraus subs again for These Vibes are Too Cosmic in a live-radio, middle-of-the-night special. The science topic is the Earth’s atmosphere, with all its layers and

First he talks about the regions you might encounter climbing up into space, from the troposphere–our watery, weathery home–to the exosphere, where space weather from the Sun interacts with our satellites.
Then, the focus moves to the stratosphere, which protects us from dangerous UV radiation: it’s a battle between ozone and chlorofluorocarbons/volcanoes, where our climate hangs in the balance! Big science again comes into play, with hordes of satellites and weather balloons taking regular measurements so we stay informed.
Finally, Brian goes into depth about weather balloons (which you can buy yourself!). How do we make weather balloons? How do we recover them when they all inevitably pop? And what scientific instruments are used to keep track of temperature and pressure as they float up into the stratosphere? I close with a public service announcement: if you find a downed weather balloon, you should follow its instructions and mail it back to the National Weather Service for analysis.
Playlist:

And some cool science things this week, to whet your appetite:

The featured image is from Hepatitis C Infographic by Chase Perfect on the price hike of the drug.

Scroll to the bottom of the page to listen to the interview-only version. 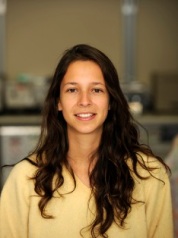 First, Gloria takes us through the research and development process – the timeline and the costs. That brought us to drug pricing and the role of the pharmaceutical industry. You bet we discuss Martin Shkreli and his company’s price hike of the drug Daraprim from $13.50 to $750. Gloria explains what Daraprim is and how this kind of price hike is not only possible, but totally legal. It all has to do with drug patenting, which we discuss a bit, especially in reference to something called “evergreening” (aka “me too” drugs) – a technique used my drug companies to extend their exclusive patent past the 20 year mark.

In the final part of the interview, Gloria walks us through how this structure could be changed to obtain a better, more efficient pharmaceutical system that works for the public rather than the drug company share-holders. She discusses how the incentive structure needs to change, using a “push, pull, pool” mechanism.

In the show I quoted two articles that do an excellent job explaining these topics:

Big Pharma, while of course contributing to innovation, has increasingly decommitted itself from the high-risk side of research and development, often letting small biotech companies and the NIH do most of the hard work. Indeed, roughly 75% of so-called new molecular entities with priority rating (the most innovative drugs) trace their existence to NIH funding, while companies spend more on “me too” drugs (slight variations of existing ones.)

But if Big Pharma is not committed to research, what is it doing? First, it is well known that Big Pharma spends more on marketing than on R&D. Less well known is how much it also spends on making its shareholders rich. Pharmaceutical companies, which have become increasingly “financialized,” distribute profits to shareholders through dividends and share buybacks designed to boost stock prices and executive pay.

(2) Vox article explaining the news around Martin Shkreli, the pharmaceutical head recently arrested for securities fraud – though that’s not why the public hate the guy. I guess he’s also an a-hole on Twitter and bought some singular copy of a Wu-Tang album, but we have other beef.

But really the hatred for Shkreli comes from how unapologetic he was about the price increase [of Daraprim by 5,500 percent]. Other companies have pursued similar pricing strategies without stoking so much backlash.

…As Forbes’s Matthew Herper wrote, “Questcor Pharmaceuticals raised the price of its drug, Acthar Gel, from $40 to $28,000 a vial. The reward? It was one of the best-performing stocks in America until Mallinckrodt bought it for $5.6 billion last year. Valeant Pharmaceuticals has done big price increases on numerous drugs. The stock’s up 740% over five years and its founder, Michael Pearson, is a billionaire. Only Shkreli has drawn the American public’s rage.”

Additionally, we touched on the history of the drug industry. Below is just a snippet from an excellent infographic that takes you through the key events in the 80’s that created the system we have in place today.

And of course there was music.

Just want to listen to the interview? Don’t have time for the music? Here ya go.

For this week’s show, Brian Kraus subs in to do a New Years’ special of These Vibes Are Too Cosmic. He highlights some of the best science and music of this last year. He began in our solar system with an overview of successful space flights of 2015, from the New Horizons Pluto mission to Dawn. Then he covered developments in materials science, first explaining superconductors, then the new super-hard phases of carbon. Finally, he hits health science and medicine with the successes combating the Ebola virus, even as we learn more about the disease’s prolonged effects on humans.
Further, Brian discusses the “most shared” scientific articles of the year on social media.
Playlist: