Featured image is of gravitational lensing in Hubble Deep Field images. See how there’s copies of galaxies and smudging. These distortions in the image are due to large massive astronomical masses between Earth and the galaxies being imaged. Photo credit: NASA

**Apologies to Professor Spergel and listeners for the poor sound quality in part 1 of the interview. We were having trouble with mics, but it was fixed for the remainder of the interview.**

In this installment of These Vibes Are Too Cosmic we interviewed Professor David Spergel, chair of the Astrophysical Sciences Department here at Princeton University, on his research. Professor Spergel has been awarded many accolades for his research including a MacArthur Fellowship (“Genius Grant”) in 2001, Nature’s Ten People Who Mattered in 2014, and the Heineman Prize in 2015. He is part of several scientific collaborations including the historic Wilkinson Anisotropy Probe (WMAP) satellite to map the cosmic microwave background, and currently the Atacama Cosmology Telescope and the Wide Field Infrared Survey Telescope (WFIRST).

Professor Spergel is known for having incredible depth and breadth of knowledge in astrophysics. In part 1, he takes us through his research spanning astronomical scales from planets to our entire universe. In part 2, we delve in to dark matter and energy, the strangeness of our universe, and the WFIRST satellite (Spergel is co-chair of the NASA science team). In the last part we answer a few listener questions which brings us to the risks involved in astronomy, the formation of our solar system (the planet Venus is weird, but it’s not a spaceship), and archeoastronomy. 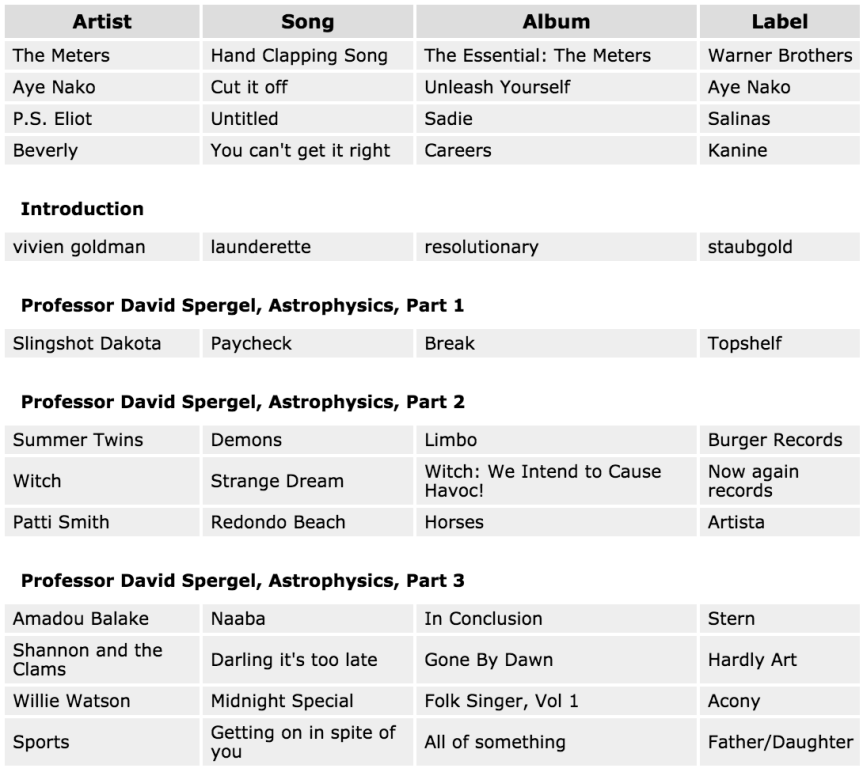