Graduate researcher Isabela Morales of Princeton’s Department of History comes on this episode to introduce a valiant project: a full historical exploration of Princeton’s connections to slavery. Oddly, such ties had never been documented before the project began in 2013, but they appear in droves: the first nine presidents of Princeton owned slaves at some point of their lives, often as they presided over the Ivy League campus. After New Jersey formally banned new slaves in 1804 (though some remained enslaved here until 1865), Princeton remained a friendly haven for Southerners with “traditional” views. One famous researcher even recruited a free black servant to help with laboratory work, sharing none of the scientific credit.

For more on the project, visit their website, play with their data visualizers, and read the many excellent articles available: The Princeton & Slavery Project

Thanks for listening! The playlist can be found below and at WPRB.com. 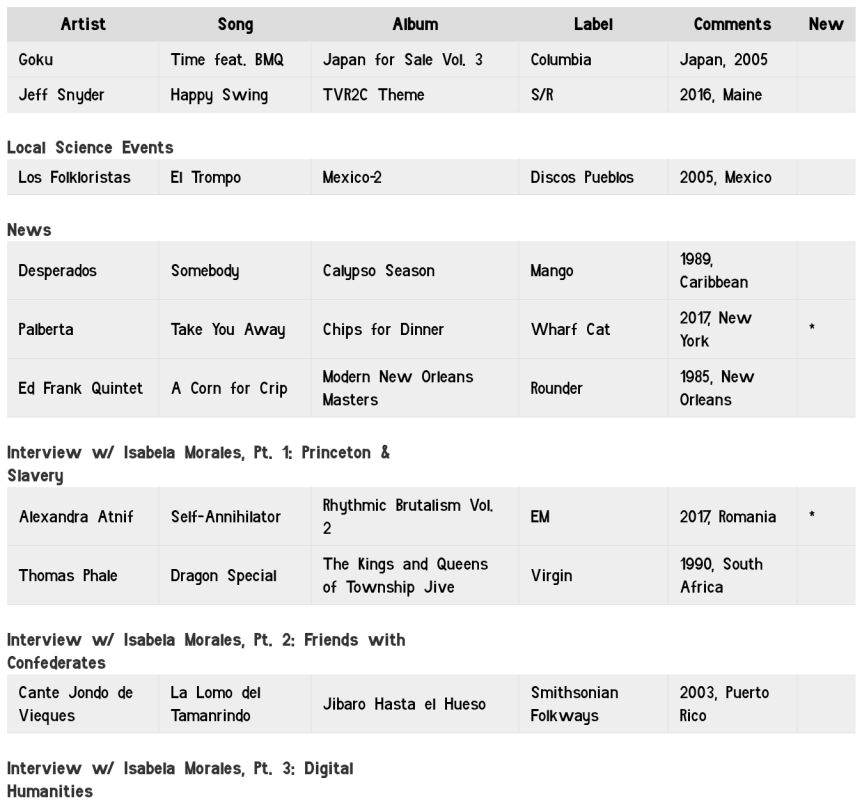 One thought on “2/13/18 Show feat. Isabela Morales on Princeton and Slavery, Intertwined Institutions”