In this installment of These Vibes, Professor Edward Felten, director of Princeton’s Center for Information Technology Policy (CITP) and blogger at Freedom to Tinker. Throughout the show we discussed various interactions between policy and technology. Specifically, we dove in to the current state of the technology behind self-driving cars and their prospective impact on several aspects of our society, but specifically jobs. Next, Professor Felten described the use of a form of AI, predictive analytics, in the criminal justice system. Judges in some states use predictive analytics to determine, for example, bail. There is a potential Supreme Court case (it is being considered) on this topic coming up in the next term. And in the last part, Professor Felton gave us a primer on net neutrality and updated us as to the current state of the debate on the topic. 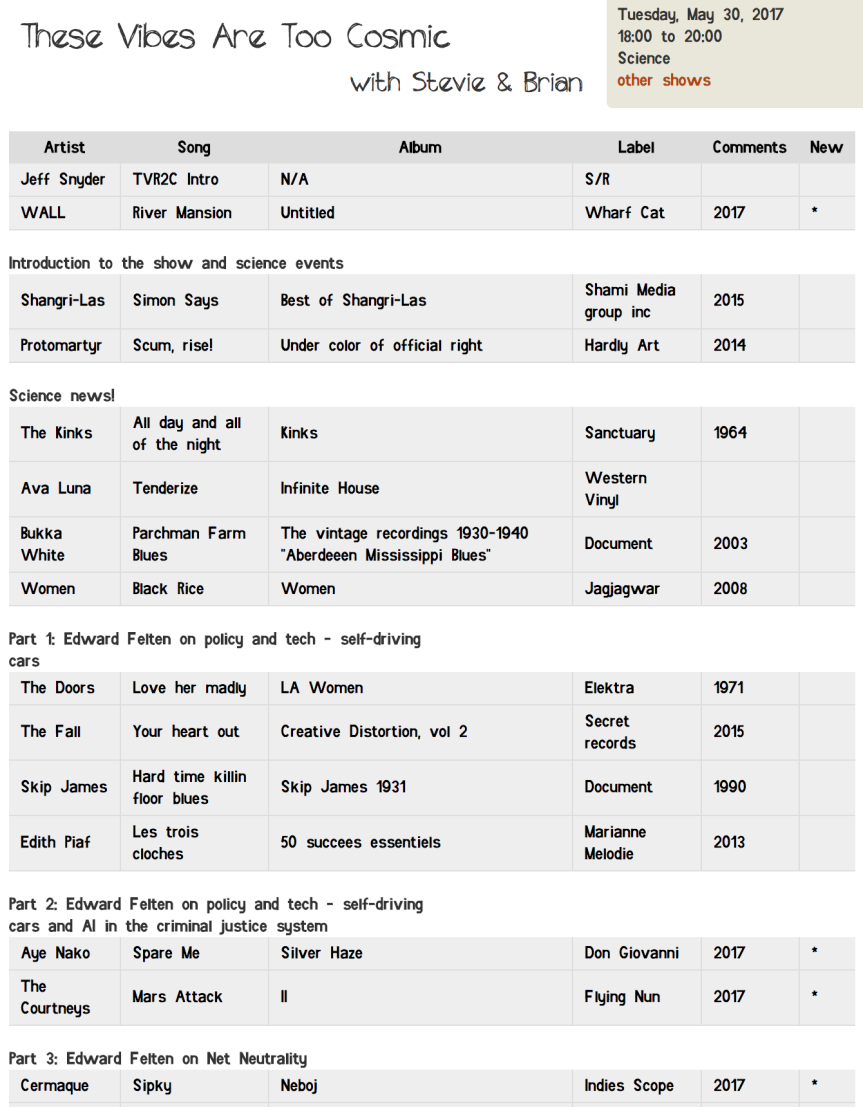