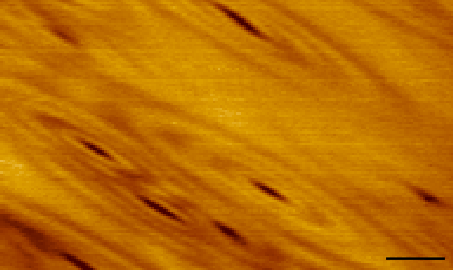 Featured image: Ripples of electron waves, imaged by Mallika in the Yadzani Lab on a bismuth crystal. (see the scientific paper here)

In today’s show we speak with doctoral researcher Mallika Randeria on her work in the Yazdani lab at Princeton University. As she explains in the interview, her research

explores the quantum behavior of electrons in a magnetic field. In fact, she uses a powerful scanning-tunneling microscope to actually image the electrons! Last year her group became the first to ever accomplished this and they got some astounding and (almost) unexpected results! Tune in to the show if you want to learn about the weird quantum behavior of electrons and what they actually look like up close when they’re exhibiting quantum effects, how a scanning-tunneling microscope works (and about the one here at Princeton), and some of Mallika’s other research imagining the phenomenon of superconductivity.

Later in the show, Brian overviews some notable examples of scientists who became politicians. Though they’re few and far between, they include names like the late John Glenn, German leader Angela Merkel, and Illinois senator Bob Foster. As always, we pepper the show with science news, events (featuring Science on Saturdays and the Princeton Public Library), and music from all over the world.

Get your fill of extras below: