Featured image: A high-pressure system over Tasmania, which pushes moist air away from a region and can cause droughts (even over the ocean!). (Courtesy NASA).

This week’s episode features Julio Herrera Estrada, Princeton PhD candidate in Civil and Environmental Engineering (his interview starts an hour into the show). As an expert on drought formation and prediction, Julio told us how to model long-term climate patterns and how interactions between land and air can lead to severe weather. Withstanding severe droughts requires connecting science and policy, so we explore what developed and developing countries can do to mitigate risks.

Additionally in this Election Day special, we spoke with Kathleen McCleery, visiting Ferris journalist, producer for PBS NewsHour, and WPRB alumnus on her understanding of this year’s US election. From demographics to the voracious news cycle that forgets as fast as we feed it, we pondered the influence that the media can have on the election and vice versa. You can hear it starting 30 minutes into the broadcast.

For other science news, check out the following links: 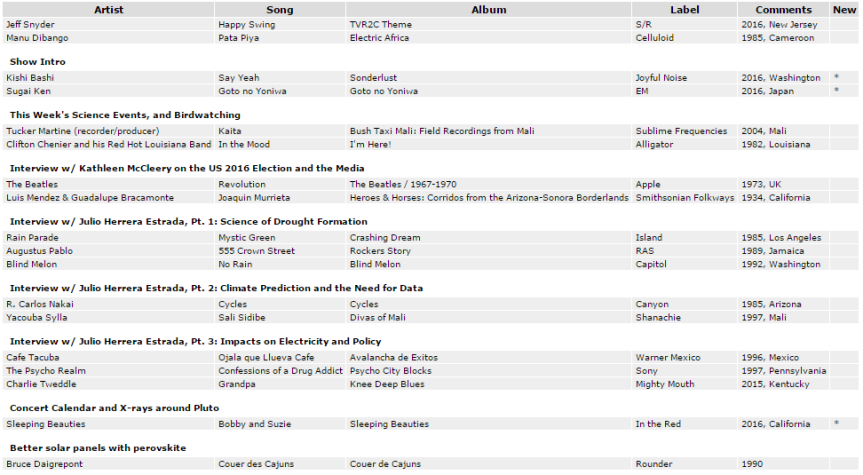